Home » Nooze » How an Election is Actually Won

With two weeks to go, the election is pretty much in the can. The number of “undecideds” is dwindling. People are ready to vote for the “lesser of two evils,” Clinton, and be done with it. There isn’t much left to do in the final weeks of the campaign because it’s already a lock.

While they may seem to be true, the statements above are about as wrong as they can be. The number of “undecideds” is indeed pretty low, but even with a big Clinton lead they number more than the current average polling margin. Clinton’s supporters are considerably more positive on their candidate than Trump’s, however, and that is indeed a good predictor of the final result.

Most importantly the last two weeks are when the real work comes if you are doing it right. It’s worth discussing if for no other reason than the popular media never talks about how an election is actually won.

How many people are actually undecided? The “poll of polls” average at realclearpolitics.com comes out at 45.3/39.9/6.0/2.2 for Clinton / Trump / Johnson / Stein. That adds up to 93.4% total, meaning that 6.6% of all voters appear to be undecided. That is about normal for this point in the election, and matches where we were at this point in 2012. It’s also just a shade larger than the 5.4% net advantage for Clinton, meaning that if every single undecided broke for Trump he could still win.

That doesn’t happen, of course, and the most likely result is that they will evenly distribute among the candidates in about the same ratio. This suggests that without a last-minute break, Hillary Clinton will finish the election just like her husband did twice – below a true majority of votes cast.

Trump rallies mixed it up a lot.

But she may yet beat out Bill. Here’s why:

The most interesting trope in this election is that Trump’s supporters are more enthusiastic and thus more likely to vote. The raw energy of the rallies is usually given as the main reason why this thang just ain’t over yet.  His team, when forced to confront the steady 40% ceiling he has shown consistently in polling, often point to the very true fact that elections are won by those who show up.

Let’s talk about who shows up, then.

Expect to see this, but on the Capitol steps.

The source of all interesting political coverage, fivethrityeight.com, has shown that in a poll Clinton’s supporters are actually more positive, with 56% of them voting affirmatively for Clinton rather than against Trump in an ABC poll. Her opponent can only claim 41% are voting for him rather than against Clinton.

For all the noise and turmoil, this election is indeed still a referendum on Hillary Clinton more than anything else.

What is interesting is that this information, polled since 1980, is an excellent predictor of victory. The candidate who has the highest affirmative voting percent has always won. In 2008 and 2012 Obama scored upwards of 80%, the highest yet recorded and fueling very high turnout. Indeed, the election is decided by those who show up – and Clinton’s people are the most enthusiastic about being there on 8 November.

Percent of Supporters voting affirmatively for their candidate, by party, since 1980. From fivethirtyeight.com

But this isn’t the only way people get to the polls. Get Out The Vote (GOTV) is what these two weeks are all about.

The analogies come from football. Or war – they’re rather similar.

Popular media will sometimes talk about “the ground game” without every describing it. This is a terrible shame because this is what wins elections, every time. The most important work has been going into this effort since at least June but the most intense effort comes now.

Here’s how it works:

An army of volunteers – recruits from various organizations, labor unions, paid workers, and so on – make phone calls of every single likely voter. These are people defined how the campaign likes, but generally it is based on the publicly available information as to how often they voted in the last several elections. Not who they voted for, of course, but just that they showed up. It is likely to include new registrants, who usually vote as well, and sometimes a key demographic that a particular candidate wants to heavily target regardless of their tendency to vote.

The key is harvesting these lists of names and maintaining the database. For Democrats it’s called the VAN, or Voter Activation Network. It has its … quirks, let’s say. 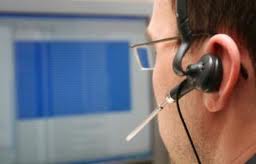 Who will you be voting for?

Everyone called early, say in June, goes into three camps – Supporters, Opponents, and Undecided. Supporters are often followed up with fundraising requests or a call to volunteer. Opponents may be ignored or they may have persuasion calls if there is both time and people. Undecideds, and sometimes everyone, are asked about their key issues and followed up with mailers outlining the candidate’s position on these issues. Someone may knock on their door, ideally the candidate themselves, to have a little chat.

This process is repeated as often as it can be while the pool of Undecided dwindles.

By the last few weeks of the campaign there should be a huge list of Supporters. They are hit with the GOTV effort which reminds them by any means necessary when and where they need to be to vote. They are called, bombarded with glossy campaign pieces, sent email blasts, and have their doors knocked. They are asked if they need a ride to the polls. Anything that can be done to get them to vote will be.

In the end, it’s like being on a Mission.

On election day itself, poll watchers will see how turnout is going in key precincts. If it is low, an army of people will swing into action to increase the heat some more. Get Out The Vote!

For all the noise of a campaign, nothing else works like this “ground game”. It’s distinct from the “air war” of advertising, the “retail politics” of shaking hands at various events, and the big rallies.  Those all have their place and are definitely important in a high-profile election, but the ground game is always the most critical part of any campaign.

GOTV is primarily about identifying Supporters and getting them to the polls – with a heavy dose of wooing undecideds and finding out what they really think are the important issues along the way.

GOTV is kicking into high gear right now for the Democrats. I say it that way for one simple reason – the Republicans have pretty much no ground game at all right now. Trump’s people, as outsiders, largely had no idea how to run a real campaign and very little actual money to do it with anyway. They spent most of their scant resources on rallies which supported the myth that Trump’s people are indeed more enthusiastic.

They aren’t. This could be a much bigger blowout than we think.

Of course, it’s not over until it is over and we won’t know until sometime on 9 November what actually happened in this election. If it’s anything like 2000, we might not even know then. But given that the ground game is what actually wins elections this thing is pretty much in the bag no matter how you look it.

That doesn’t mean there isn’t a lot of work to be done, however. This is how an election is actually won.

5 thoughts on “How an Election is Actually Won”