Everyday life is the process of understanding and using key facts about the world around us. The sky is blue, red means stop, the 94 bus leaves at 7:53, and coffee will wake you up. Most of the important things in life are obvious enough, based on immediate observation or past experiences strung together.

However, the presence of technology and a growing interconnectedness impinges critical “facts” onto our lives which reach far beyond our senses and sensibilities. Cell phones work because they just work, this thing called “money” in our bank account is extremely important, people who live in distant lands are motivated by something akin to demonic possession, et cetera.

This is where it all breaks down. Or, more importantly, where things breaking down accelerates as reason itself fails.

Logic. Facts. Things that are supposed to rule our world.

Some of these “facts” are relatively unimportant – if the cell phone breaks all it takes is some of this “money” thing to either fix or replace it, assuming you have some. There are people who handle all of the details of the complicated world we can ignore most of the time. The exception comes when we elect leaders, as per our supposedly shared values, who will be in charge of making it all run properly. Then, we expect to understand a lot of things which are not right in front of our daily routine.

Cognitive psychologists have been studying the processes by which we assemble abstract musings into a collection of objective facts we might call “reason”. On a good day they are mixed with enough intuition to become “wisdom”. We can always hope.

The problem is that reason itself is not as cold and binary as we are all led to believe.

In a thorough if dense analysis of reason itself, authors Hugo Mercier and Dan Sperber outline in “The Enigma of Reason” how what we believe to be objective is, in fact, entirely subjective. From the amazon blurb:

Reason … is not geared to solitary use, to arriving at better beliefs and decisions on our own. What reason does, rather, is help us justify our beliefs and actions to others, convince them through argumentation, and evaluate the justifications and arguments that others address to us. In other words, reason helps humans better exploit their uniquely rich social environment.

In short, our acquisition of “facts” is less about some abstract notion of “truth” and much more about our social status.

Who is in our tribe?

This should not be surprising, especially given that much of language itself is about social status and not about conveying information. We are, in fact, social creatures – which is entirely the author’s point. Nothing exists outside of a social context, which is why so many people eagerly believe things which are easily shown to not be true. It is very rare for humans to seek out facts which change our opinions or other understanding of the world, but rather we seek out facts which simply confirm that which has already been established through a more social process.

You may be utterly dismayed by this prospect, as the author of this review in the New Yorker appears to be. You can also find hope in the identifiably collaborative nature of reason, as this review in the Financial Times did. But the implications are far more vast than our opinions.

Take, for example, this article in a right-wing “news” source. It turns a routine traffic stop turned into a large investigation as something even more sinister – evidence of a plot. Not just any plot, mind you, but yet another anecdote from Hell which “proves” that refugees are actually out to kill us all. There is a kernel of truth at the heart of it, with link provided. It then stirs in a few blatant lies such as “recent arrival” and a huge dollop of opinion to arrive at its larger point.

“Fact,” in this case, is more about the journey than the destination.

Lest you break out into a case of smugness about how “those people” do this all the time, here is a piece on the twisted “truth” repeated in otherwise reputable media about Portland killer Joseph Christian. Far from being an alt-right Trump lover, he was something more of a general purpose nutcase who strongly supported Bernie Sanders. His goal is not wedded to one ideology but more to the desire to see the world burned down, probably for the incendiary pleasure of it and little else. 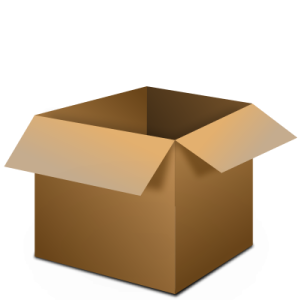 In each of these cases labels and boxes were put to use to frame an easy narrative. The process was supposedly described by reason, but through the twists and turns actually runs in the converse – reason itself is defined in this way. It is purely social. The biases which stand in the way of genuine objectivity are actually the underpinnings of how all of us understand the world just beyond our immediate gaze.

This naturally brings up serious questions on the nature of democracy.

This is more important that the obvious political considerations which arise when we select our leaders or determine policy, however. Socially we come to conclusions which govern everything we say and do on a daily basis – and how we all get along. Various prejudices constantly creep into our definitions of self, which regardless of how independent we claim to be are constantly defined by our interactions with the world around us.

As Barataria has noted before, the only truly useful conflict of labels today is Reality vs. Nonsense.

And as we all run screaming back into more comfortable boxes in search of safety our ability to engage in this very social thing called “reason” itself naturally diminishes. The only way out to break out of the spiral is to “unask the question,” which is to say stand apart for a moment and reject the noise, counting on reason and perhaps wisdom to form somehow apart from the clearly social processes we rely on to understand anything. If that’s a bit too complicated, let’s simplify it considerably: 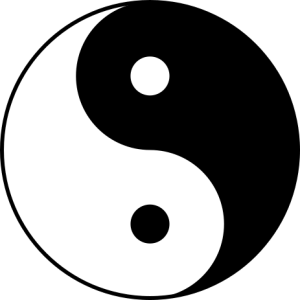 The ying-yang symbol most commonly associated with Taoism. Each has its birth in the other, all is in harmony – but nothing is static.

If that goes beyond enigmatic into arrogant, please forgive me. The point is that sometimes the best conversations necessary to engage in this very social phenomenon called reason take place across time, not distance. The natural bias which arises from this is that everything is very much the same, and it is critical to watch out for that. The truth is that progress is obvious enough around us on a daily basis even if some of it lacks a useful context for any of us to understand it.

The only real context remains our frail humanity – our hearts, which often understand far more than our heads ever can.

How can we get past the failure of “reason” which defines our world far too well? By starting with the few objective truths we see around us every day. The sky is blue, people are people, and we all do things that sure seem like a good idea at the time. We all have our reasons for everything. A little formality which gives us the space to be ourselves along with respect for everyone else being themselves is the one social context which may indeed create “reason” as we have come to venerate it.

With enough of our hearts in it this might even become “wisdom”.