Nothing causes men to latch up quicker than a discussion or article on “Women’s Issues.” We are, by definition, not included. More to the point, it almost certainly is going to stray into something we’d rather not hear about in the first place given that it’s almost certainly going to make us feel brutish, inadequate, or queasy.

Don’t worry guys, this is not about menstruation. This is about the stuff we can actually do.

Of all the social progress issues which have occurred in my 51 years on this planet, none is as all-encompassing as women’s equality. Beyond being a majority of the population women are our mothers, sisters, daughters, and the objects of our attention. As women’s perceptions of themselves have changed, men have been forced to change, too. What all of this means is both critically important to a happy life and terribly confusing.

Note that I avoided the word “feminism.” Control over language has propelled this word away from its actual definition, “The belief that women are equal to men.” Useful language on this topic is elusive at best and highly political at worst.

In order to talk about this we need to watch our language. By that I don’t mean be careful what we say – I mean that we have to observe how our words shape the discussion. 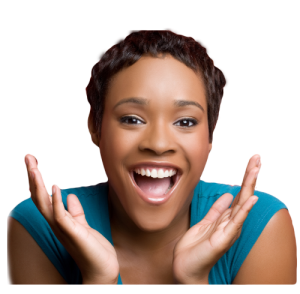 Happiness is the goal. Always.

Nearly every hetero man that I am willing to hang out with very much wants to make the women of their life happy. It’s an instinct in many ways, the top goal of the provider part of our lizard brain. As women change and sometimes send confusing signals to us this becomes extremely difficult. While the vast majority of men my age believe in gender equality it is never clear exactly what this means. More importantly, our expectations and ability to be the provider we need to be is a source of deeply rooted frustration.

Not all men are this aware, of course. There are genuine sexists out there who seem to really hate women or at least enjoy a position of power and authority which “those angry feminists” are challenging. The problem is that the vast majority of men who want to do better are confused, they often remain silent. The genuine pigs do almost all of the talking and thus lead any discussion of this topic.

That is what has to stop first.

I was blessed with this article on Jason Katz of UCLA, a man who has found a way to confront this. Where language isn’t everything, the appropriate language is critical for us to make any progress. It gives the rest of us ways to talk about women’s issues in a way which makes them men’s issues – since, after all, our sense of equality and ability to figure out just what we need to do is very often the missing part of the whole equation.

Consider, for example, the passive language which flows easily into nearly every topic as emotionally and politically charged as this. The linguistic distance which nearly all men find more comfortable colors all discussions. The example given was this chain of statements:

The first sentence has an active verb which inherently puts the responsibility on the subject of that sentence: John. From then on we have varying degrees of passivity, gradually taking the focus away from John and his abhorrent behavior. In the last sentence all responsibility for that behavior has been drained away and the vile behavior is rendered as a property of Mary herself.

That’s how we usually talk about this topic. It has nothing to do with men.

It’s a natural product of not wanting to be a part of the discussion in the first place, certainly. Passive language is regarded as polite in this culture and is also a by-product of our complete lack of formality. Public issues are inherently personal because we lack the linguistic barriers to separate ourselves from the situation.

The net result? Verbal cover for behavior that most men know is completely unacceptable.

The world is changing – very much for the better.

The process of engaging men in discussions of women’s issues is critical from the perspective of social development, for sure. But it has to start with the language which we use and the responsibility that it winds up placing. Men have to step up and take responsibility, to call on another part of our lizard brains. We have to be a part of the discussion here if for no other reason than to do what we know we need to.

The details of women’s issues are always going to remain difficult for men, without any doubt. The only possible way we can work through them is to be an active part of the discussion. We must bravely engage and ask ourselves what it is that we want while also listening to what the women in our lives want. We have to be sure that we aren’t taking it too personally while, at the same time, not using language and framing which forces women to absorb everything into their own personnas.

Will this alone get us to where we need to be? No, it won’t. But raising our voices to be a part of the solution is the only antidote to the blatant sexism which still exists in our popular culture. It has to be confronted at the root before we can take appropriate action, and that starts with the language we use.

Women’s issues are men’s issues as surely as we all have to get along – as a society, as a family, and as lovers. It’s long past time for real men to step up and be emotionally and linguistically brave.