Our world appears more chaotic by the day. Some people enjoy the chaos, especially those who are looking for cover for their own misdeeds. Others are horrified by it, as they rely on a stable world to manage their vulnerabilities and look after their family.

What has caused this chaos? In a certain sense, it’s globalism. A world closer together is a world with seven billion neighbors and a lot more complex than a small town of 10,000. But globalism, as a concept, is a big word which easily hides important details. It’s a cop-out, a big term that shades more than it illuminates.

I have come to believe that what causes chaos is the move to a genuine market-based world from an industrial world. Attempts at understanding and controlling the world using old industrial models are failing terribly. The move to marketism is not defined by globalism, as it was, but defines globalism and the increasing irrelevance of nations as we know them.

It may seem like a subtle difference, but consider for a moment what comes to mind when you see the word “Corporation.” There’s a decent chance it involves a factory of some kind, belching out smoke as workers stream in and out in droves. If you’re more office minded, you may envision a sea of cubicles or men dressed to identically impress.

Yet that is not what a corporation is by any means. Robots do most of the production now, and while cubicle farms exist they are flexible. Many of the employees are contractors, and a lot of work is farmed out to distant locations. A corporation, long a legal fiction posing as a person, is often a physical fiction which is really nothing more than a series of connections between suppliers and other contractors.

What governs everything is not output, as in a factor, but sales. Most of the mechanisms we have for control measure value as if it is intrinsic in an item and not something determined by a market. Segmentation, however, defines everything as surely as everyone on an airplane paid a different rate for the seat their butt is occupying. 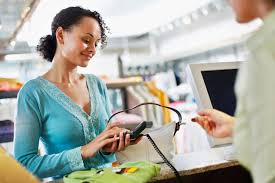 Given that we insist on measuring and regarding output, we have no tools to appropriately define our world. As costs continue to decline for many items, made cheaper by competition and automation, concepts like “Gross Domestic Product” and certainly “growth” have little meaning. In the end, the concept of “money” becomes questionable as the need for a store of value fades away. What, after all, is “bitcoin?”

Such a world appears inherently chaotic largely because the traditional methods of understanding it have failed. We refer to everything as an “industry” of some kind – automotive, tourist, insurance, even education. The definition of “product” in this world is static, fixed, and tossed into a world that redefines how it is used and what it is worth immediately. 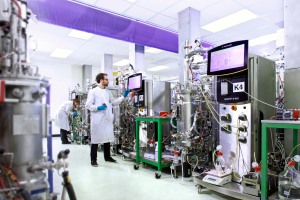 It may seem that the transition to world based on markets rather than industry is a simple process that goes without saying. But in our minds nearly all political and economic theories are based on concepts of production that are clearly industrial. They explain little to nothing. Given that, the world is chaotic.

A world of chaos is a world where charlatans and frauds get a twinkle in their eye. As practitioners in the fine art of creating and then exploiting chaos, they seem to be natural leaders for the time. And so we fall further into the trap set by a simple lack of understanding.

The transition to a dynamic world of markets requires a different way of looking at things than a static industrial world. It is critical that we think and plan in the differential, heeding the moment as much as the place. What appears chaotic is simply a lack of appreciation for how much everything changes with one simple change in approach.

5 thoughts on “Dynamic, not Chaotic”