Very few words carry the weight of “victim” in today’s world. Most of its power, however, comes from not being spoken directly. It is a term for a concept that must lurk in the shadows, a mugger ready to rob you or a secret that dare not be exposed, all in the name of social status.

It may seem strange for a middle-aged pale male of great privilege to write about the word victim. But that is actually the point in the end. Many people just like me have assumed the trappings of victimhood and attempt to use it as an armor in battle, Joan of Arc style. How did this come about, and how does it work?

More to the point, why on earth does this work? 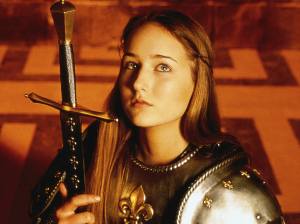 Joan d’Arc. Holy warrior and martyr. Not a “victim.”

The word “victim” has a strange origin. It comes from the Latin word victima, “a person killed in a sacrifice.” It was about 300 years ago that it first was used to describe those oppressed by a power. The most common usage, someone taken advantage of, is the newest.

Its usage is consistent but carries a subtle bias. When the US bombs something in an act of war, there may be civilian casualties. ISIS, on the other hand, always creates victims through its attacks. The word is to describe the victims of natural disasters where a generation ago the term casualty was much more common.

True to its roots, there is an implied innocence in the word victim. It is also an infinitive verb in that one is a victim, in contrast to the privilege one has. Since the past tense is the same as the present, linguistically once someone is a victim they are always a victim. Everything about the word is personal, defining identity, and that is the source of its power.

The power is so strong that it is usually wielded without speaking the name of it. 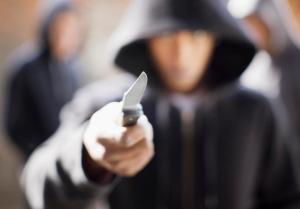 Give me your money, your sense of security, your innocence, and everything that makes you whole.

People who were victimized by the action of another person, such as a crime, tend to have a particular attitude towards the concept. “I refuse to be a victim!” is a common statement, which is to say that they refuse to let the actions of a perpetrator define them. Reactions such as fear, distrust, and hatred are actively worked out or pushed aside in a rejection of the personal definition of self implied by the word victim. The word is rejected and very deliberately not used.

This is not true in the social sense of the word when the supposed perpetrator is a more nameless society at large. The opposite of victimization is empowerment, a term that was very popular just a few years ago but is hardly used today at all. Yet so is the word “victim.” The concepts of victimhood, as a personal identification, are used very freely, but the very loaded word itself is avoided. The most common form is a very pointed question with the innocence of a child, such as “If they can do this, why can’t we?’

Even at a more personal level, the language of victimization is common even though the word itself is not. A personal encounter that includes rebuke is described in words which dance around victimization such as “attack.” The person at the receiving end often describes the event in the kind of detail that is best left for a court deposition to ram the point home. 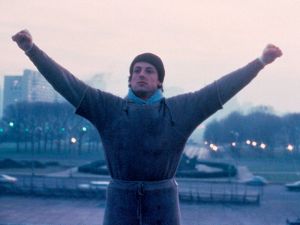 Some time ago, “empowerment” was the name of the game. It permeated common culture.

This kind of behavior is the opposite of empowerment in every sense of the word. It is used by people who have privilege as well as those who do not. The language of victimization is also used by those in power to condescend to those without, essentially saying that oppression is a permanent condition so you need to be used to it. The personal nature of being a victim is forcibly loaded into the identity of self in a way that reinforces existing social power structures.

Some of the problems that the US has with a rising culture of victimhood have a lot to do with the complete lack of formal boundaries between self and social. Though there is considerable variation across the nation, in general we are a very open people. We use first names casually and tell our life story, or a sanitized version of it, in encounters with strangers.

Because of this lack of a filter or wall, social status can be extremely important to the definition of self. A diminished social status is a characteristic of victimhood, and internalizing it makes it the infinitive sense of being. In many ways this is the culmination of the most American concept of freely expressing yourself, letting the freak flag fly. On the other hand, it is taking the world’s reaction to it to heart. 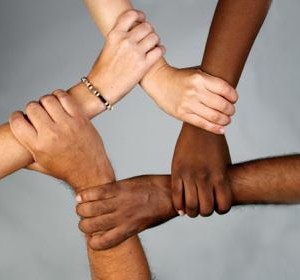 We all deserve respect, we all deserve privilege.  Together we can build up, not tear down.  But we must choose that path very deliberately.

The generalized version of the common declaration, “Refuse to be a victim,” is considered offensive sometimes. If a privileged person like me says it to someone with less privilege, it is inherently judgmental. But the concept, that society should never define you in a negative way, is a core American value.

The word victim, or more accurately the concept of being a victim without daring to speak its name, has achieved unique power in America today. It is bundled in a series of “you” statements and “you people” accusations that have entirely replaced factual and empowering “I” statements.

Victimhood defines much of our social interaction and nearly all of the distilled social liquor known as politics. Like all alcoholic spirits, it is easy to become not only drunk but addicted and eventually truly helpless in its throes. We are long past the need for an intervention to put a stop to this and to force our social interaction to stop blaming others.

Either we empower ourselves to turn it around or we give in to a higher power. That is the original meaning of the word, after all – a sacrifice. Rather than constantly playing the martyr and putting ourselves up for sacrifice let’s offer up something not so innocent and very powerful. Let’s ritually bleed out the concept of victimhood on the altar of empowerment and be done with it.