Another terrorist attack by Islamic fundamentalists strikes at a great Western institution. More than fragile human bodies, the target is picked out of revenge and the sense of fear it is supposed to instill. But this time, it was not a seat of power or finance that was hit – it was our values.

Free expression is a central value throughout the western world, only accepted after centuries of struggle and violence. It is something that we hold as a “certain unalienable right” at the core of who we are as a people. What exactly that means, however, has been an important question long before these anti-Western reactionaries committed their despicable act. 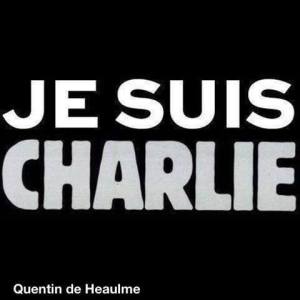 The cartoon magazine that was targeted because it once ran cartoons of the Prophet Mohammed, a blasphemy in the eyes of Islam. The murder of 12 people was a direct result of that, an act of revenge for Charlie Hebdo’s act of expression. If we are to say that we truly value free expression we must stand together as a people and denounce what was done. Free expression must remain free.

Yet this highlights the difficulties of free expression as a fundamental value.

We have experienced in the US people who were fired or targeted for expressing how they felt about certain subjects. The reactions were always visceral, as could be expected for something so fundamental. No matter how badly it sat at the end, however, most of us had to reluctantly agree that while free expression is extremely important, it does not shield any of us from the consequences of our actions.

But a line is crossed when the consequences for what we say include terror and death.

The problem with this is that anyone who wants to kill you, or at least make your life miserable, probably can as long as they value that more than their own life. In the US, advanced weapons are commonly available and often regarded as another fundamental right. Internationally, it’s even more dangerous, with relatively small numbers of fundamentalists often gaining access to powerful weapons that allow them to create a lot of mayhem. The militants who struck at Charlie Hebdo’s office were certainly ready to die for their act – which made them, or any number of people like them, nearly impossible to stop. 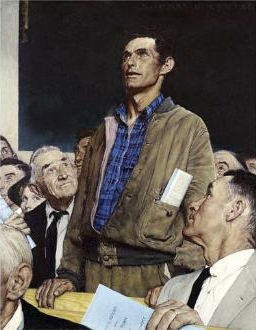 Our fundamental Western values, as strongly as we want to protect them, cannot constantly be defended in this world. There is absolutely no way that we can guarantee anyone truly free expression without abhorrent consequences, no matter how much we want to think otherwise.

This is the result of a world that is coming together in ways that are uneven and unpredictable. The Islamic world does not have the same values we do, nor do many other non-Western people. This is understandable given that we only recently accepted free expression as a universal right, and that only after many had died fighting for it. In this new world, more blood will have to be shed to expand that right and make this value truly universal – and there is probably no other way it will come down. There was a horrific inevitability in this attack along with a prediction of much more to come.

That is not to say that Islam is stagnant or will not change. On his facebook page American born Islamic scholar and teacher Shaykh Abdullah Hakim Quick of the al Maghrib Institute said:

Even though insults and attacks are being hurled at Muslims by right wing bigots and secular extremists, Islam does not condone the killing of innocents or even random assassination of people who have drawn pictures or made statements against Allah and His Messenger. The killings in Paris today have to be condemned by the whole Muslim world and extremism has to be opposed. Almighty Allah tells us:
“Invite (all) to the way of your Lord with wisdom and beautiful preaching, and argue with them in ways that are best and most gracious: surely your Lord knows best who have strayed from His Path and who have received guidance.” (16:125)
A true Islamic State should be a place of peace, stability and tolerance; not chaos, hated and wanton killing!!!

This fundamental value we hold so dear in the West can, indeed, be found in the Q’uran itself. There is hope for our worlds to come together peacefully one day, as unlikely as that seems now. 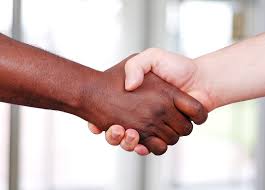 On a personal note, I find this event especially difficult. I make a point of being as kind and respectful as possible in every moment of my life, apologizing quickly and sincerely when I do offend. The original cartoon was not something I would have ever defended on the grounds that I do not find deliberate provocation or insult to be funny in any way at all. That may make me a coward in the eyes of some, and I accept that. But now that a line has been crossed and a simple insult has been met with a horrible act of terrorism, I have to stand with free expression.  Je suis Charlie today.

This is what is so tricky about fundamental social values like free expression. Perhaps I should more vigorously defend everyone else’s expression as a basic right that we all must hold. For me, my words are often limited by my desire to not offend and keep channels of communication open even with those with whom I very much disagree. As a society, however, the fundamental value has to be more absolute. What I value and what society values are often different.  Without this understanding, free expression is usually little more than a threat.

In this world, drawn closer every day, this value and open communication is critical to finding peace among the many peoples with many different values. 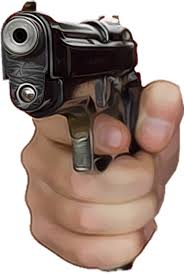 How can this all work? The bumpersticker sometimes displayed by those who value gun rights states that “An armed society is a polite society”. This has proven far from true. Yes, free expression has to be valued, cherished, and even defended. Yet it also has to include room for respect, though that respect cannot be enforced by the iron barrel of a gun. It has to come from the heart.

This act of terrorism has challenged both the Islamic and Western worlds in critical ways. The Islamic world needs to reach into its heart and find a way to walk among infidels without allowing any of their number to pollute their faith with violence. It’s a nearly impossible task. The Western world needs to defend free expression with the passion a fundamental right requires while also finding room for respect. It’s also a very difficult thing to do.

But we must both do this because every day we come closer together, more and more sharing only one world. That world has to be created in peace and justice, not murder and revenge. Will that take as many centuries as the struggle for basic rights took in the West? I hope not, because I hope to live to see it. I hope to be a part of creating it.