What more can be said about 2018? It came with a bonus day, a leftover Monday that is fitting for a year that doesn’t seem to want to end.

It’s been a year of chaos and struggle, and probably a few corners are being turned in history. It may well be that historians will one day mark this as the year that the American Century, which started with World War I, finally came to a close.

Whatever the case, it really can’t end quickly enough. 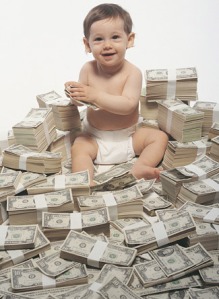 Every year has its own feeling, at least in retrospect. For me, this was actually a good year in many ways. A lot of good things happened which I won’t go into.

But for most of the world, it’s been a holding pattern. A year between here and there. The new economy has pretty much formed around us,but it feels like it isn’t right here, right now. The American hegemony is clearly collapsing, but it’s not dead yet. Millenials rose to power in the last election, but they haven’t actually taken control of anything.

I wish everyone a happy new year, and with it my sincere wishes that 2019 brings us clarity more than anything else. We’ll be with it as it happens, making some sense of it all and hopefully learning how to make whatever is next better for everyone.

May you revel in love and life, may your success exceed your dreams. May everyone come together in peace and new understanding, and may we all find hapiness.

Happy New Year to everyone.