Home » Money » The Purpose of Corporations

A corporation, by strict legal definition, is any group of people acting as if one for whatever their stated purpose. This definition is broad enough to include non-profits or NGOs. In practical terms, however, it refers to a an organization which makes something and hires people to do it.

But what is the purpose of them? Recently, it’s become very popular to assume that the main purpose of a corporation is to maximize shareholder value. That is, to grow and reward those who put their money down to make it all happen in the first place.

There are many reasons to see this need for constant growth as dangerous. Most generally, it’s not sustainable outside of the rate of population increase and productivity gains, at least once the entire planet reaches a similar level of development. But more important, the view of what a corporations is, or at least why it exists, is extremely damaging to its own stated purpose.  And it’s easily shown to not actually be true in practice. 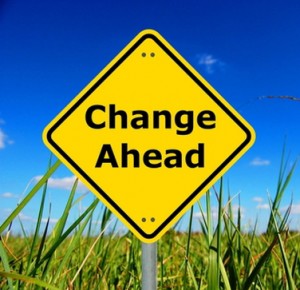 There are many ways in which the economy is changing, most of them related to coming together. This new closeness includes people working closely with people they don’t understand easily, but also with ideas with the same issues. The ideas themselves come together to increase complexity constantly, a forward march of technology which we know will only accelerate.

All of this has to exist for one reason: for people. We embrace it all to the extent it improves our lives no matter how we define that. It either makes life easier, happier, more fulfilling, or more challenging in a way which we would define as better. For any of this to work, it has to start with people. If it’s not working for people, it isn’t working.

It should go without saying that the purpose of government is enhance the lives of the people which make it up. If we are to have control over the march of technology, and make it work for people, the same has to be said of corporations. 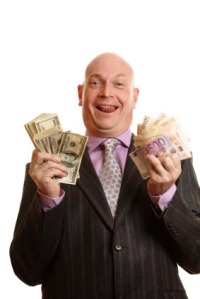 It’s a popular image.  To the extent it’s accurate, there’s a massive failure.

The idea that the purpose of a corporation is to maximize shareholder value is easily shown to be wrong. When it is stated by an executive of a company it has to be taken in the context of their own salary and benefit package. If shareholder value was being maximized, executive pay would be kept to the bare minimum, and higher dividends paid to shareholders. This is obviously not the case. In far too many cases, the purpose of a company is indeed to maximize the benefit to the employees – but only some of them.

More importantly, we’ve seen this philosophy absolutely ruin many companies. It works against its own stated purpose in the long term. The fall of GE from the largest and most powerful company in the world to a mere historical footnote in the last 20 years is the best example. By concentrating on financial issues, maximizing value, it lost sight of what GE actually was as a company. The stock has lost 86% of its value from its peak, and was removed from the Dow Jones 30 Industrials list.

GE sacrificed the long-term for the inherently short-term concept of maximizing value.

What, then, is the purpose of a corporation? It is to provide a useful product. A company that loses sight of its product, and how makes a better life for its customers, is a company in the process of failing. It may take some time, but it will happen. If the company does not add something of value to the market, the market will simply lose interest.

Personal connections with people are a big part of it, too.

Given the rapid rate of change in the market, that means constant improvement and constant re-evaluation of the value added to the market. That requires skills not related to financial activity, including engineering, customer service, marketing, and very often science. Every person in the company has to be focused on providing the product or service which people are willing to plunk down their hard earned money for, or else it will fail. They have to work together, as one, and be valued as such. They can’t do that when they are set up with a kind of internal competition for their very livelihood.

In this sense, a company must always be subservient to the needs of the market. But what makes up the market? The short answer is people – the same kind of people which make up the pool of talent that form the company. The company works best when the people involved are much, much more than the sum of their skills, too, and have a genuine equity stake in the future of their enterprise.

Many hands make lighter work. Many different hands make the work a triumph.

In the end all companies are subservient to people. Whether that is expressed through the market or the need to find, retain, and motivate the top talent the focus is the same. It is not about one small class of people, either shareholders or executives. It is definitely not about money, because we all know that a good product will indeed find the money given the talent to develop it and get it out into the market.  Indeed, making that money is part of the goal.

In order for people to grasp the changes that the world are producing and make a better life, corporations must be by and for people, just as they are of people. There is simply no way around it. Balanced out with the other kind of institution that must support people, government, they form a yin and yang of forces, competition and cooperation, to make a better life. The balance between them is essential.

But equally important is the balance within the concept of a corporation in the first place, as well as its fundamental subservience to the main purpose. Corporations necessarily exist to produce a useful product of some kind, be that a good meal, a great night out, a device that improves life, or a service that require expertise. When they lose sight of the people involved, either making or buying their product, they are doomed.

In the end, it is always about people. Corporations must be formed and operate with that bottom line in mind.

13 thoughts on “The Purpose of Corporations”