It’s been the kind of week you swim through.  The thick languid air drags back as if yesterday was a long time ago and tomorrow might never come.  It’s not a day to get much work done, but we all slog through.

Daze like this I admit I go back through the Barataria archives to see if there’s anything that needs updating.  Starting from July of 2011, however, it’s positively depressing.  Employment is still lagging and the economy has not done anything new.  At least funding is being secured to restore the old Rathskeller at the Schmidt Brewery on West Seventh – we locals are moving forward with heart and arm and brain.  But at the big level, things are simply languishing as if summer never ended. 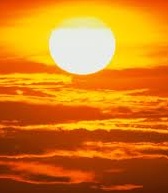 The term “Depression” to describe the economic condition we find ourselves in, has gained tremendously in popular description.  The big media generally shies away from it still, but people know better.  It’s a word that commands action and decisive leadership lurking just behind the paralyzing fear and languid caution that it bubbles to the surface.  But there has been almost no leadership.

How could it be so bad?

Sitting in a West Seventh doctor’s office waiting room I met a man who eventually gave his name as Stew.  Tall and lanky, his demeanor and constant motion betrayed him as a man of action.  His matter-of-fact attitude towards the experience of his chocolate skin and advancing age was an overflow of the same energy. We were both there to give rides to the actual patients of the day – call us impatients, fidgeting through the slow tick passed by in the air conditioned comfort that kept us both from boiling over.

Stew didn’t hold back when it came to the “leadership” of our nation:

“What is wrong with them that all they can talk about is each other?  There’s work to be done and all they can do is get up at each other.”  His fingers chattered like chicken puppets as he talked.  “I would be ashamed to be sent up to do a job and not even try to get it done!”

I kept my comments to simple prodding and nodding.  It’s all that Stew ever needed to keep going.

“People aren’t stupid.  I mean, there’s always a few, but you don’t let them run the operation.  Most people know what’s going on.  They know that if you start blaming the other guy, blaming each other, it’s all because you aren’t doing what you are supposed to.  Everyone knows that something has to be done, just get up and do it.”

A wan excuse came from my end about the deep disagreements that plague our politics.  Stew’s articulate intelligence was fun to poke.

“OK, so you don’t see eye to eye with each other.  That’s the nature of the system.”  His arms fell back as if in surrender.  “You still have to get it done.  People are counting on you and all you can do is talk about each other?”

We talked about many things that day.  Stew eventually revealed himself to be a protector by nature, a man who figures its his job to fight for those too young or weak or simply disinclined to fight their own battles.  Whether that came from his time in the military police, a karate dojo, or deep in his heart it didn’t matter.

What it came down to was that Stew should be representing people in Congress.  He was exactly the element we are missing.

Far too much time was killed that day of inaction under cool fluorescent lights, but it was actually time well spent.  Stew isn’t the only person I’ve met that could do a far better job than the people we have representing us, but he is one of the most obvious examples.  It was the personality that simmered over from authenticity that mattered most.

The rest of that day, like the rest of that week, swam by like any other.  Every July is roughly the same in the middle of a big continent where sun beats down and coaxes the heavy air of the Gulf of Mexico northward.  Nothing seems to change in either the thick passage of time nor the thick morass of nothingness that occupies leadership in this nation, either.

All anyone is asking for is a break in the oppressive weather.  Along West Seventh we can make a few good moments happen because we want them to – because we live here with each other.  The atmosphere itself just doesn’t catch a single simple break to give us anything more.

9 thoughts on “Catch a Break”