This is a matter of people, not money. It is at the core of what People’s Economics, the process of increasing the value of the greatest resource of any nation on earth – the drive, skills, and connections of its people.  It is the second of the Five Points which define People’s Economics. 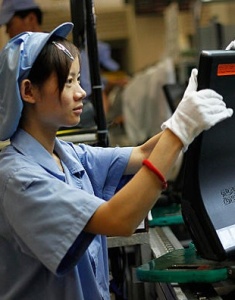 Citizens of a nation are far more than simply gears in a great industrial machine. Their ability to innovate and make decisions based on their skills is only one part of the equation. Technology, as we know it, could either bring a better life for everyone or enslave a population to the machines which never rest, never eat, never ask spiritual questions.

A personal sense of development is critical to People’s Economics. This starts with an education system that increases the skill, the technology, in the minds and arms of the population. But it also requires that people have an opportunity to connect in the ways which make sense to them, keep learning all the time, and have critical decision making and leadership skills.

The first thing which must be recognized is that everyone learns differently. An industrial system of education which creates a product, not an alumni or a citizen, is the first concept which has to be abandoned. 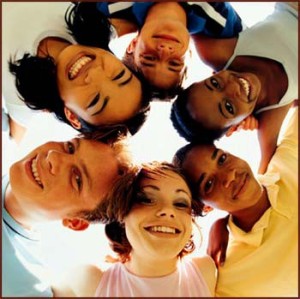 The future is theirs. Let’s make it bright!

This is where the methods developed by Howard Gardner and the principles of Multiple Intelligences come into play. The first thing which everyone needs to know is how they, personally, learn. Gardner found that there are at least twelve different ways in which people acquire new understanding and the spark of intelligence lights a fire which burns throughout their life.

Put into practice, it has shown incredible results. Barriers to learning are often very personal, beginning with the simple fact that many become frustrated early in life and do not have a record of success learning, or indeed simply understanding the world around them. The spark that teaches an individual how they learn becomes a fire that absorbs new ideas. It is the core basis of critical thinking, logic, and a deeper connection to the world.

Along with this, choice in education is absolutely critical. As people come to understand how they learn, being a part of different systems which speak to their needs is critical.

In addition, the world is changing constantly. Continuous education is critical for everyone to stay current in their field or to learn a new one. The path to mastery of the world, and indeed a truly flexible workforce, means that something like a certification system, rather than a degree system, is going to be more critical. 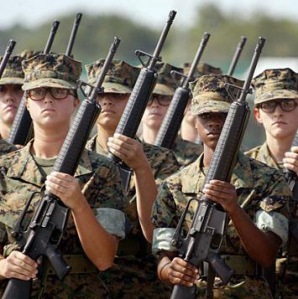 The military knows how to teach leadership.

It also means that the leadership necessary to implement new ideas has to be available to everyone. Military classes teach decisive action in many ways, one of which is the OODA loop – Observe, Orient, Decide, Act, and then repeat to see how your decision changed things. It is something like the tactical version of the Scientific Method in that it relies on observation and hypothesis first and foremost, constantly testing and looping back. A world which is strategic needs the ability to implement strategies at all levels, particularly if it is to be an open and happy society. These skills much be generally emphasized, taught, and valued.

The concept of personal development in People’s Economics is primarily about building in every citizen the ability to take full advantage of open markets and be a part of them. But in the end it is much more than that. It means that as masters of the world, citizens have the tools to contribute to the world to their potential as well as define what will make them happy.

Personal development must be defined as a continuous process of acquiring the skills to master the world rather than be enslaved by it. This starts with an understanding of how each person learns, as an individual, so that they can absorb new skills and ideas. It has to continue for their entire life. And it also has to include methods for taking control and implementing what is learned at an individual level.

The greatest resource of any nation is its people. Investing in them properly will give great rewards to everyone. That is one of the core principles of People’s Economics.