Home » Money » About That Rate Increase …

The bloodletting has one thought on everyone’s mind, at least the one thing other than “When does it stop?” The question of the day is “Does this kill the Fed’s desire to raise interest rates?”

The market was betting against a rise before, and it’s more convinced than ever that a rise in the Fed Funds Rate is not coming. But there should be a rise for one very strange reason – it may actually lower interest rates and stimulate the economy. Seriously. We’re still in Bizarro Economic territory and this could be the moment we finally get out of it. 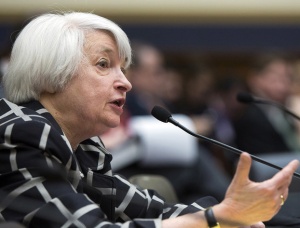 While all the focus is on the Fed Funds Rate, pegged at zero for seven years, the real interest rate worth watching is the 10 year Treasury Bill (10yr). The rate on that actually dropped through the stock market bloodletting, from 2.3% to 2.0% today. That is the rate which actually determines the cost of borrowing in US Dollars (USD) for everything around the world – from your mortgage to business loans to some very complex financial trades.

The rate on the 10yr went down for one simple reason – money had to go somewhere. When big investors sell their stocks the money winds up somewhere else. A “flight to quality” often ensues in a market panic as investors seek a safe investment. The benchmark for safe investing all around the world is the 10yr.

All of this started in China, where the market is melting down rapidly. The reason for this is that the Chinese stock market was puffed up by two rather crazy assumptions – that China could grow faster than 7% forever and that when it finally floated the Yuan (aka Renminbi or “People’s Currency”, RMB) the value of it would rise. The latter was important because a lot of investors borrowed cheap money in US Dollars to invest in Chinese stocks. 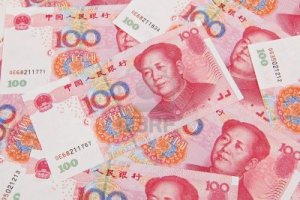 Borrowing in another currency is called the “carry trade”, and no one knows just how big the Chinese USD carry trade was. It was speculated at well over $1 trillion. That money was put into Chinese stocks that always went up with the rapidly growing economy. Whenever it had to be paid back, the theory went, RMB would be stronger against the USD and the debt outstanding would be cheap.

This all started when China devalued RMB, something we all knew was coming. As soon as that currency is convertible you can damned well bet that Chinese investors will get as much out of that (still) centrally planned communist nation as they can.

This gets us back to the Fed action. Raising our interest rates will finally destroy that carry trade by narrowing the gap with borrowing in RMB, currently pegged at 4.6%. That will kill the Chinese stock market, but it will free up more cash for US investment. That was the reason to have low rates all along, after all – to stimulate our economy. A rise in rates will actually do that.

Here’s where it gets especially strange, however. If the stock market is further spooked more money will flow out and go somewhere. That somewhere is, you guessed it, the 10yr. A rise in rates has a good chance of actually lowering the rate that matters the most. Which brings us to the “spread” between the Fed Funds Rate and the 10yr, or how much higher the latter is. This chart shows the difference between the two since 1962. 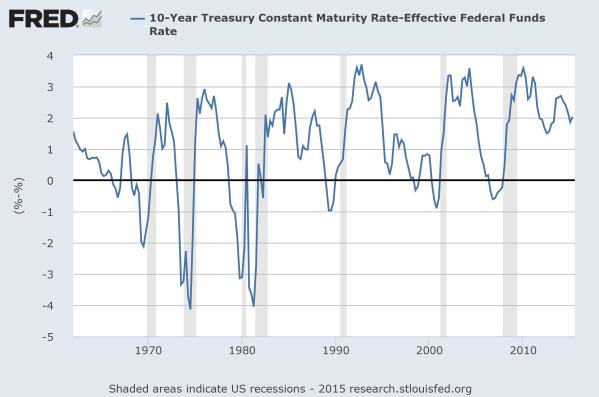 The “spread” between the 10yr Treasury Bill and the Fed Funds Rate. Data from the St Louis Federal Reserve.

The spread has averaged about 1% over the last 50+ years, but stands at 2.0% today. It can, and should, close up considerably before we start to see substantial economic growth. That would mean that investors eager to park lots of money somewhere would be better off putting into things that actually grow like companies with good ideas, et cetera. 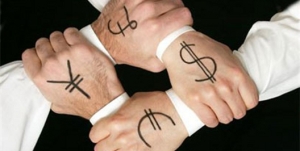 So if the Fed Funds Rate goes up, a lot of strange things happen all around the world. The carry trade, which is far from exclusively Chinese, dries up throughout the developing world. That sends the USD home where it has to find something else to do. When the 10yr falls it actually drops the value of the USD against other currencies, helping our exports – and providing more jobs here at home.

It would be a big middle finger raised to the developing world if we did it, and that’s another consideration. We have to ask ourselves, “How much should the Federal Reserve care about developing nations?” a question that has been asked before in the 1990s.

If you are a reader in the US, I might be able to guess your response. It’s OK, we’re a bit desperate after 15 years of Managed Depression.

But for all the worry in the stock market, there is one policy decision in front of the Fed which should be absolutely clear at this point – a rise in interest rates is far more likely to bring about good than bad.

It may trash the stock market further, but that’s OK. The Fed is not there to puff up the stock market in the short haul, it’s there to support the economy for everyone in the long term. The choice is clear. The Fed Funds Rate should be raised as soon as possible.

22 thoughts on “About That Rate Increase …”