The long election season should, if anything, bring clarity to what we can expect starting in 2017. The next year will give us a lot of information as the campaigns coalesce. The candidates should at least give us the boundaries of what we can expect in terms of policy regardless of who is elected.

Rep Dave Camp. The serious ones have been the first to go.

Just a year ago we could never have made this same pronouncement. Rep Dave Camp (R-MI), chair of the House Ways and Means Committee, took his job seriously. He authored a comprehensive tax reform package that dramatically simplified corporate taxes and made enforcement much easier. But the package was dead on arrival – it never really saw the light of day in Congress.  Camp quietly retired the next election.

Tax reform, even much needed and obvious reform, almost certainly means that some people will pay higher taxes. And that went against the party platform.

Oh, it’s not this bad. It just feels like it.

Holding the line on taxes has been a staple of the Republican Party ever since they “learned the lesson” of George HW Bush in 1992. It was generally believed that after running on a platform of “Read my lips, no new taxes!” Bush’s backtracking in office cost him re-election. It’s a position that is not supported by any clear data, but the Republican Party felt it was obvious enough. Ever since then they have not supported any tax increases of any kind – regardless of the state of the budget.

Until now, that is. 2015 has seen a major change in this thinking and, more importantly, it has not been punished.

It’s started out as a small change done for all the right reasons. Rigid anti-tax ideology put Kansas into a terrible mess that could only be corrected by a large increase in tax revenue, which the Republican controlled Senate duly passed in June. Since everyone knew it was OK it went by without a lot of fuss.

Then, in July, Rep Tom Rice (R-SC) proposed a gas tax increase of 10 cents per gallon to properly fund transportation programs that have been languishing for a long time. It hasn’t gone anywhere yet as a long-term transporation bill eludes the House, like nearly all legislation does. But there was almost no outcry against this tax increase, which may wind up in the final bill should one ever actually pass.

A bill is desperately needed and the lack of money is making it impossible to fund a lot of good projects. In an election season the lack of good pork more of a problem than a small rise in the otherwise plummeting price of gasoline.

More recently the call for increased taxes has heated up, or more accurately been proposed with hardly any real backlash. Trump has said that his taxes could go up and has even proposed higher taxes on companies that offshore jobs. Joining that chorus is notable rich person Jamie Dimon of JP Morgan who made it clear that his taxes could go up without any concern on his part. As a known Democrat Dimon’s opinion may not seem important, but he has never spoken up like this before. It certainly adds fuel to the discussion that maybe, just maybe, taxes may go up. 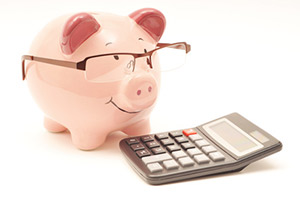 A balanced budget is a happy budget. And we see problems coming if we don’t act soon.

We can’t reasonably expect any party stalwarts to come out in favor of tax increases before the nomination is clinched. Trump’s proposals, which have never been fleshed out or written down, are still nebulous. But with all this talk it seems reasonable that a Republican nominee who secures the endorsement might have a lot of wiggle room to distance himself from the more radical part of the party by proposing at least reform, if not actual tax increases all around.

Given that the nominee is still likely to be Jeb Bush we can easily see this happening.

Nothing is for sure yet, but the 23 year prohibition against any hint of raising taxes has been broken. We have yet to see exactly how it will develop but it seems reasonable that the momentum can only continue the way it has. A tax increase, probably as part of a major reform package, is likely to be a real possibility in 2017 no matter who is elected.

That can only be a good thing, too.

10 thoughts on “Read Their Lips”