The fight for a $15 per hour minimum wage is the hottest issue among progressive Democrats today. There has been a lot of progress as cities including Seattle and Los Angeles have passed this as their minimum wage, as has the entire state of New York (but only for “fast food” workers, strangely). It would be a big hike from today’s $7.25 per hour, a 106% increase that swamps any previous jump. President Obama, and many Democrats, favor a smaller $12 per hour rate as something of a compromise.

But where did these numbers come from? Why are they important? What effects would a minimum wage rise have on the economy? It’s worth spending some time looking at the postwar history of the minimum wage, from 1947 to 2015, to see where we are today and what it means. 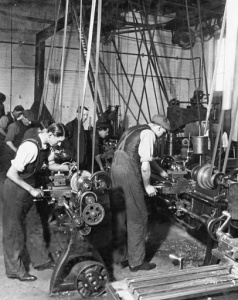 The minimum wage came into being in 1912 in Massachusetts and was soon adopted by a number of states. It didn’t become a permanent Federal law until 1938, set at $0.25 per hour. The onset of WWII makes the early history of that experience cloudy and most scholars agree that an analysis of the effects on the economy and culture should start about 1947.

If we adjust the minimum wages set by law over the year for inflation into 2015 dollars, we can see that it has drifted considerably in that time as Congress was slow to keep pace with the cost of living. It has never been automatically indexed. It peaked in constant dollars at the equivalent of $11.16 today in 1968, and hit a low of $5.97 in 2007. 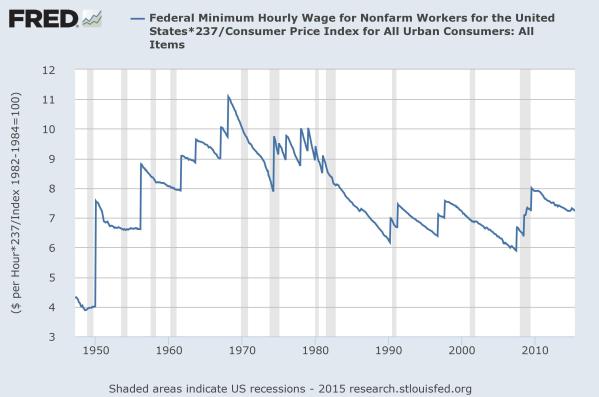 The Federal minimum wage, in constant 2015 dollars. Chart from the Federal Reserve of St Louis.

This is not the entire story, however. As noted previously, before 1973 salaries and wages accounted for about 50% of the total product of this nation and have been slipping ever since, to 43% today. That difference is not a small one, amounting to a 16% net difference in pay for the average worker. It’s a shortfall of about one trillion dollars overall if we only had salaries keep pace with productivity gains, maintaining the same relationship they had immediately after the war.

We can adjust the net minimum wage for productivity gains by developing a “Productivity Index”, where the output per worker in 2015 is normalized to 1.00 and every previous year is less. The effect of productivity gains since 1947 shows how large this effect is. 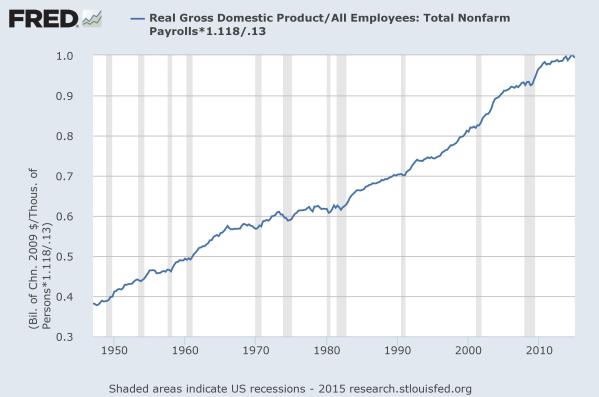 A “productivity index” where 2015 output per worker is normalized to 1.00. Data from the St Louis Federal Reserve.

By dividing the inflation adjusted minimum wage by the productivity in any year, we can scale every previous year to show what an adjusted rate would look like today. The chart demands some annotation: 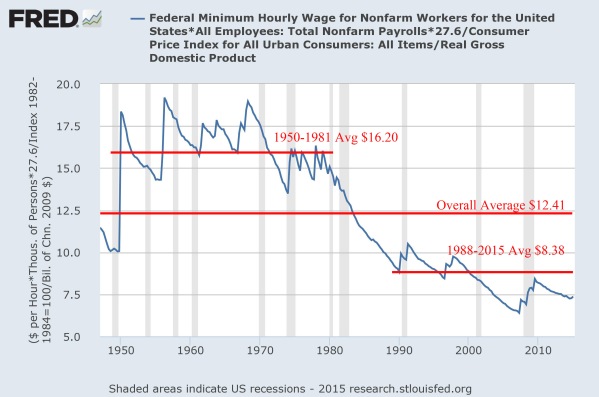 An inflation and productivity adjusted minimum wage by year. Data from the St Louis Federal reserve, annotations by the author.

Note that prior to about 1981 the net average is about $16.20 per hour. It then falls steadily through the 1980s before settling in to something like a pattern again in 1988. From 1988 until today the average of this productivity adjusted minimum wage is about $8.38 per hour. 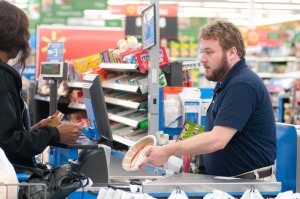 Can he make a lot more? Or will his job only be more automated and turned into “self service”?

This naturally brings us back to that roughly trillion dollar shortage in worker’s paychecks when today’s wages are compared to the early 1970s. Currently, about 1/3 of all workers earn less than $15 per hour, and about 40% earn less than the $16.20 that would be the minimum wage today if it kept pace with productivity gains. Exact figures are hard to come by, but with an average wage of $20.18 per hour we can see that the difference between today’s minimum wage and the historical relationship, or indeed any proposal on the table, is a big one.

In fact, it makes up about half of that trillion dollar difference noted if salaries still accounted for half of all output in the US.

So why don’t we just pass a $15 minimum wage, or for that matter $16.20, and be done with it? The effects on the economy are completely unknown because we have never raised the rate that quickly before. The possibility of mass unemployment as workers are replaced with more and more automation remains unknown. It seems unreasonable to say that you can raise the salaries of a third or more of all workers without other effects.

In a time of very cheap money and globalism we can say that the capital is there to invest in automation and to “offshore” jobs easily. 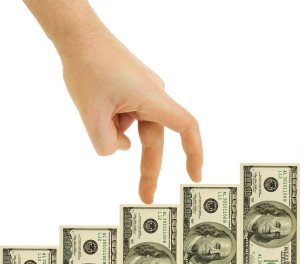 It always takes a little more.

Such proposals would definitely be inflationary, of course, but we are in a period where inflation is low and stagnation is a much greater concern. But would a change this large swamp the economy with far too much money too quickly? We can’t say for sure.

But the greater problem is that there is considerable evidence that there is only so much paid work to be done in a developed economy, as we have noted before. A comparison between nations shows that the most reliable indicator of income inequality is the percent of those over 16 years old in the workforce, which is to say that too many workers chasing too few jobs suppresses wages by simple supply and demand.

That, however, is about to change as Baby Boomers retire in large numbers. That process has started already and will accelerate after 2017.

It may even be possible to make such a rise at least partially pay for itself. As noted before, the overhead per employee now stands at an average of 42% above and beyond pay. That means that a worker making $7.25 per hour costs at least $10.30 per hour. It’s likely much more because health care costs are a fixed dollar amount per employee, meaning that a minimum wage worker may already cost $15 per hour to many business that have to comply with the Affordable Care Act. 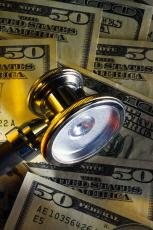 How healthy is it?

If government paid a portion or even all of health care costs for business in the form of a credit these costs could come from taxes on profits instead of as what is effectively a tax on labor. The effects of a high minimum wage would be lessened dramatically.

Is it time for a $15 per hour minimum wage? If there is indeed a labor shortage coming the answer may well be yes – if it is raised incrementally over the next five years or more to give everyone time to prepare for it. It almost certainly demands greater skills from workers as some level of automation will certainly come into play, but this may be the nudge that the economy needs to get out of its funk and put social equity back into the economy.

There are many questions about how this might play out, but there are many ways that we can make it work if we are dedicated to it. That is a reasonable policy because it would restore part of the basic social contract that governed the best years of equity and growth in the US economy – a good days’ pay for everyone that puts in a good days’ work. It would move us back to an arrangement where workers and capital split the profits of our economy 50/50, too.

No matter how you look at it, today’s minimum wage is very low. A rise of some kind is necessary and desirable. What we need is leadership that is dedicated to finding ways to make it happen without terrible side effects – and that is definitely possible.

There are many links in this essay to previous arguments and articles from other sources that are vital to understanding the current and historic role of the minimum wage in the relationship between wages and capital in the US.  Please follow them if you have any questions.